The culmination of this year long project which originates in my Arthropodic Sculpture series exhibited at Mingei International Museum’s Allied Craftsmen Today from June 2013 through July 2014, is now live in the video, Sculpture Dance. The overall concept and metal work are my vision for the project, but collaborative at each consecutive step.  From the dress by fashion designer Elina Sheripova, to the dancer Blythe Barton who choreographed the action, all beautifully captured by Skyler Lusteg, the videographer.Artist  Statement- Arthropod Series:

The sculptural vernacular of this series is derived from the naturally adaptive, jointed, exoskeletal forms of the phylum Arthropoda.

These pieces celebrate as “sculpture” the restrictive-yet-highly-functional and protective thorny outer shell of Arthropods such as beetles and crabs. At the same time, the pieces adorn and draw attention to the joints and movements of the wearer.

The presentation of the pieces on white pedestals behind glass—to be viewed primarily as separate, independent sculptures—refers to the common practice of presenting ancient artifacts and natural historical remains out of context.  This planned contrast exaggerates the disassociation between the works conceived of as pure sculpture and the works understood as jewelry.

I prefer not to replicate forms that exist in nature. Rather, I explore the possibilities inherent in natural forms, isolating and reducing them through design to the simplest and most direct essence or motion of the creature that inspires me.

I have distilled the curves, gestures and the protrusions of Arthropods, integrating the structure and the surface textures of the piece, exploiting the wonderful properties of the metal. I hope to stimulate a very personal reaction in each viewer: a sense of surprise-yet-familiarity, a directly emotional response. 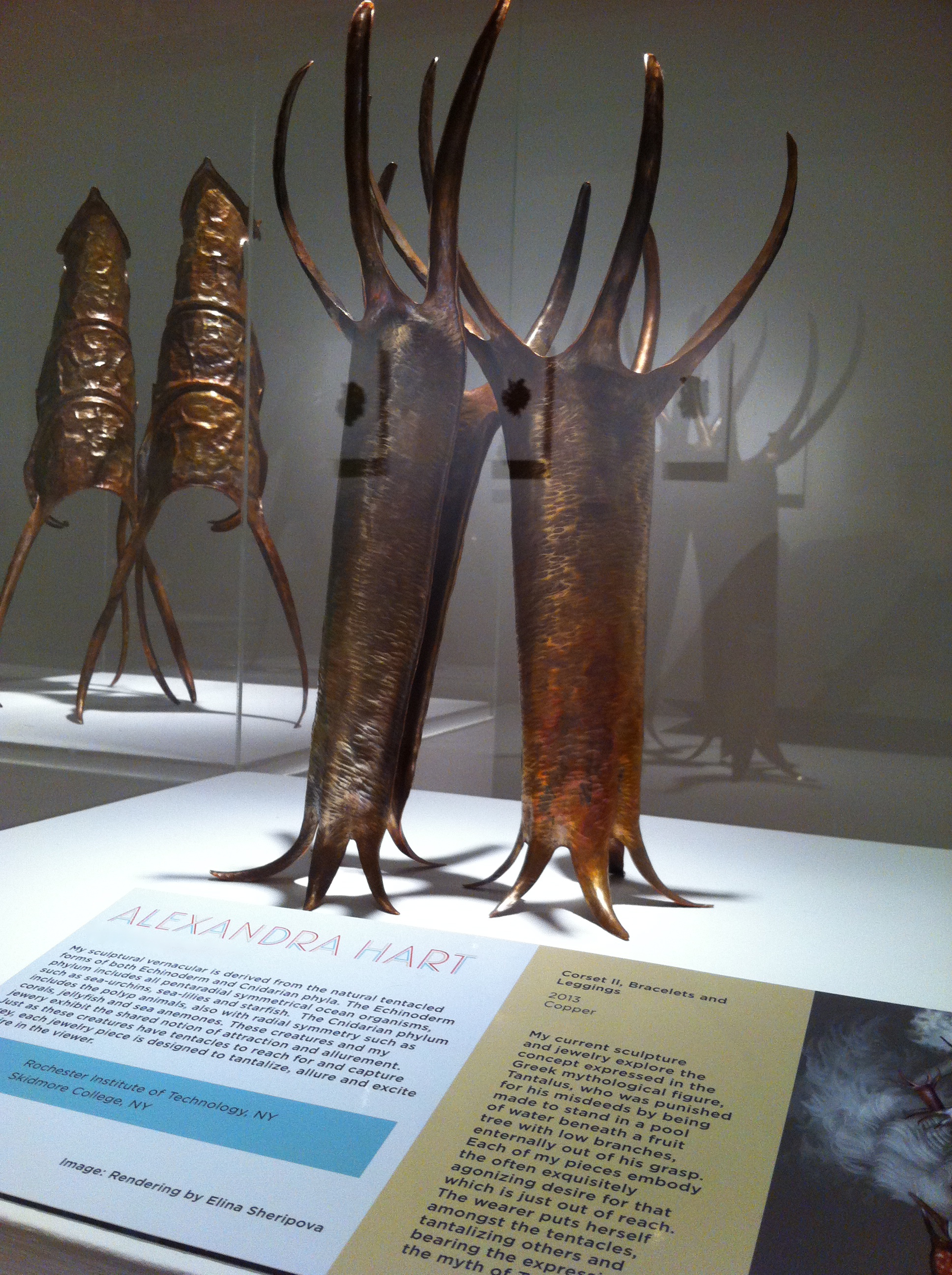